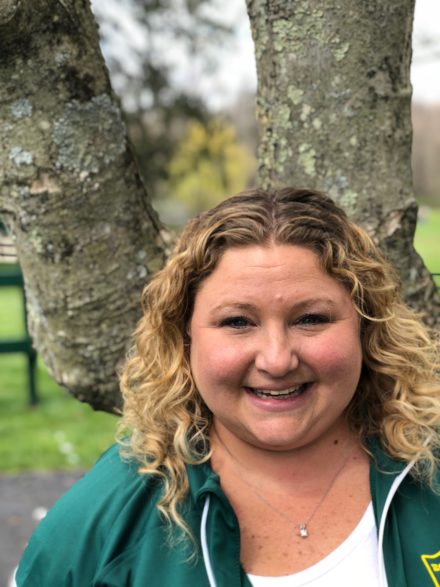 Laurie has been at Camp Echo Lake for most of her life and she truly bleeds green and gold! She started out as a camper in 1986 and has never left, rising steadily up the ranks from Cabin Specialist all the way to Owner/Director. In addition to her vast camp experience, Laurie has a degree in Psychology and Education, and a Master’s Degree in Social Work, both of which she draws upon as she leads (and cares for) our campers and staff.

Although Laurie is involved in all areas of camp, she focuses on camper recruitment, communication with parents and camp families, and staff hiring, She does so with the same enthusiasm that she brings to her legendary campfires each summer.

“Camp Echo Lake helps each camper and staff member feel valued and important as they build life skills, form connections with others and become an important part of our overall community.

We help each camper and staff member set higher expectations for themselves by teaching them the importance of self-respect and respect for others.” 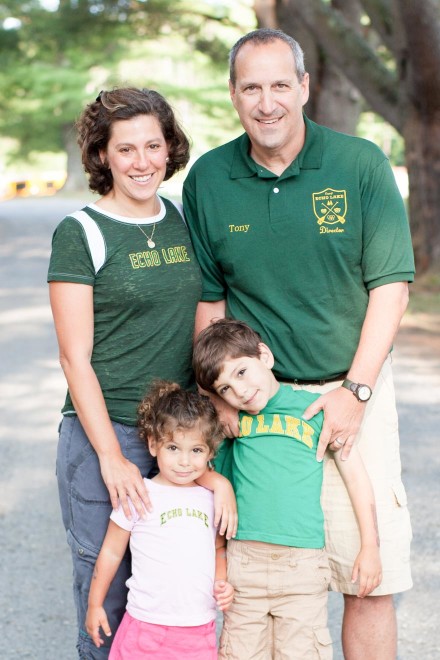 Tony and Emily are the third generation of the Stein family to own and lead the Camp Echo Lake community. Tony grew up at Camp Echo Lake, giving him a unique perspective and insight into what it takes to lead a community of 500 campers and their staff. Tony started as a 6-year old camper in 1969, and held almost every job at camp before becoming the Camp Director in 1995.

Emily became a “camper” late in life after a near 15-year career in the “real world,” and of course is a natural at camp. Emily particularly loves reading rest hour and bedtime stories to our younger campers and she manages Echo Lake’s business of fall, winter and spring weddings and events at The Lodge.

Tony and Emily are both integrally involved in – and are passionate supporters of – Project Morry. Tony has served on the American Camp Association’s National Board of Directors twice and as President of the ACA’s New York Section.

When asked what makes Echo Lake such a special place, Tony replied…

“At Echo Lake, kids and staff alike can both truly thrive and feel a HUGE sense of self. We strive to partner with parents to help them develop their children into wonderful young people, willing and able to contribute to the world in which we live.” 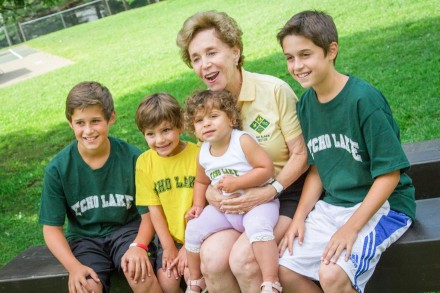 Amy Stein is the Director Emeritus of Camp Echo Lake, and Chairperson of the Board of Project Morry.

Amy is the only person who has been a part of the fabric of Camp Echo Lake since its inception. Her parents, Edith and Bill Medine, founded the camp in 1946 when she was just 8-yrs old. Even as a camper, Amy was committed to ensuring Echo Lake’s success, going so far as to have playdates each winter with campers who were on the fence about returning the following summer.

While attending Brandeis University in the 1950s, Amy met her husband, Morry. In 1964, the couple purchased Camp Echo Lake from Amy’s parents. For thirty years (until Morry’s untimely passing in 1994), the dedicated duo worked tirelessly together to quadruple the camp enrollment, while still maintaining the close-knit community that defined Echo Lake since its inception.

Amy is incredibly proud of how Echo Lake has continued to evolve through three generations of family ownership. Even though she still works very hard to this day, as she has since she was a child, Amy truly believes that she has the best job in the world!

“We always work to celebrate and recognize the best in every child that grows with us. It’s no wonder that our campers leave at the end of the summer feeling ten feet tall. They have been loved and respected, and their days and nights are filled with the best of learning and confidence-building. This fabulous community shares, shapes and enhances everyone.” 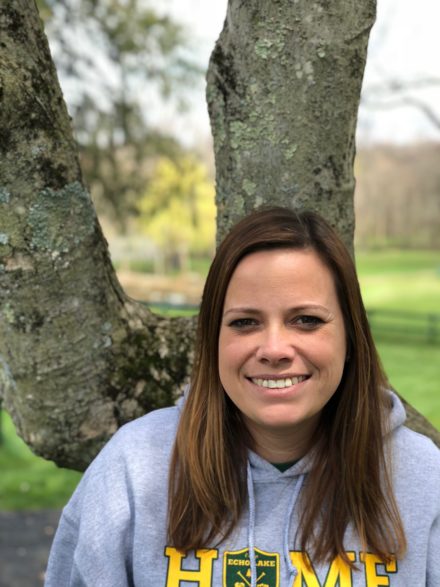 Kelly began her Camp Echo Lake career as a cabin specialist in 2007. She has since worked with campers of all ages as both a Group Leader and Girls’ Camp Head Counselor. Kelly has a Bachelors in Childhood Education and a Masters in Literacy Education. Before joining the full time team in 2016 as the Director of Customer Service and Camp Administration, Kelly worked as an elementary school teacher in North Carolina. Kelly uses her experiences as an educator to lead Main Village as the Main Village Director during the summer.

When asked what makes Echo Lake such a special place, Kelly replied…

“The people who uphold the values and traditions of camp make it a truly unique place. Camp is filled with good people. It fosters a community that allows people to build strong relationships and to step out of their comfort zone. The confidence that the camp environment infuses in its campers allows them to continue to develop their skills with pride. There is no better place to learn about yourself and others. Not to mention, we have a ton of fun along the way!” 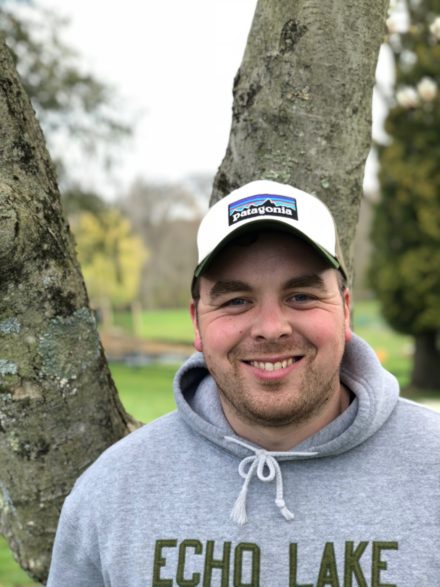 Sam began his Camp Echo Lake career as a Soccer Activity Specialist in 2012, and has since worked as Soccer Head Specialist and Boys Camp Program Coordinator before taking on his current role as Program Director. Sam, originally from the UK, has a Bachelors in Physical Education and School Sport and a PGCE in Primary Education. Sam worked as a primary school teacher back in England and uses his knowledge and experience with children to work with our Head Specialists each summer to develop a progressive, and exciting program. During the off season Sam plays an important role in staff recruitment and hiring.

When asked what makes Echo Lake such a special place, Sam replied…

“Echo Lake has an unique ability to foster an environment that allows people to be truly comfortable, and confident with who they are. Each summer is different, yet the values that are upheld throughout the community makes each summer equally familiar. At Echo Lake we never settle for doing a ‘good’ job, we consistently evaluate what we do and how we can do it better. Echo Lake is an incredible environment to grow and develop, whether it from a personal or professional standpoint.” 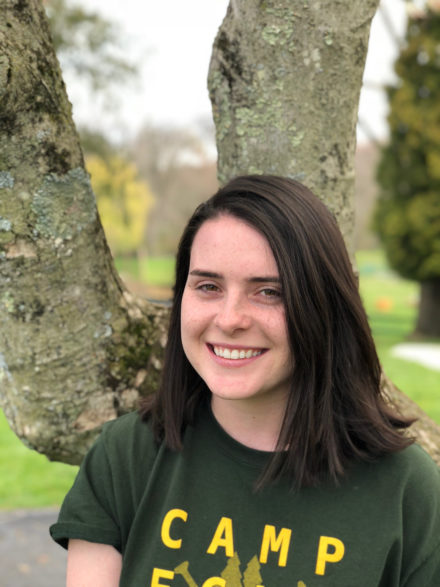 Amanda started at Camp Echo Lake as a lower junior girl in 2004. She has been a staff member at camp since 2013, and over the years has worked as a cabin specialist, group leader, Girls’ Camp Program Coordinator and is currently the Junior Girls Head Counselor. Amanda has a Bachelors in Psychology and Education from Smith College. Amanda uses her background as an elementary school teacher in her summer position as a Head Counselor.

When asked what makes Echo Lake such a special place, Amanda replied…

“Echo Lake is full of campers and staff who are genuine, kind, and uniquely talented who lift one another up at every possible moment. Camp is an amazing place to try new things without judgement, and to continue doing and growing in the activities you already love. Echo Lake brings out the best in everyone, and pushes each and every member of the community to become their best selves. Camp brings people together for life and creates memories that will last forever. There is truly no better place to spend a summer!”