The Magic of Morry

One afternoon around 15 or 16 years ago I walked passed a green SUV parked on the street.  I thought nothing of it at first glance, but then I stopped to do a double take.  The license plate on the SUV said, “4MORRY”.  What made this amazing was my thinking around that time, about making a movie about the life of Morry Stein.  I went to Echo Lake in the 60’s, 70’s and 80’s and like many people, was extremely fortunate to have known Morry.  From a homesick 8-year-old Inter “A” in 1969 to a 21-year-old Group Leader in the early 1980’s, I spent a significant part of the first half of my life at Camp Echo Lake.  And, as he was for many, Morry Stein was like a second father to me.  He saw me grow up, gain confidence as a teenager, become a leader, hit the rec hall roof during a sachem basketball game, and go to college.  He saw me get married and saw me get my adult life underway.  I will never forget what he meant to me and countless others, and I know my life is better off for having known him.  How better to honor his memory, his legacy and his impact then to tell his story.

The Magic of Morry

We have really exciting news to share.  A documentary film about our beloved Morry Stein is in the works, and we need your help!

Echo Lake alumni and many camp families past and present were fortunate enough to know Morry Stein as the owner and director of Camp Echo Lake for over thirty years.  Many of us also knew that Morry’s vision was the inspiration behind Project Morry.

Morry believed that anyone, regardless of means, background or economic standing could benefit and grow from a summer camp experience, a sense of belonging and a sense of community.  He believed in people sometimes more than they believed in themselves and he always saw potential in others before most.

“The Magic of Morry” is a documentary film. It tells Morry’s story from his upbringing in Pennsylvania through his years of running Camp Echo Lake with his wife, Amy Stein, to his heartbreaking passing some 20 years ago.  But this is not a story of tragedy.  It is a story of hope, of dreams and of inspiration.  “The Magic of Morry” will bring Morry’s story alive through a collection of many diverse voices, through interviews with family, colleagues, friends, Echo Lake and Morry’s Camp alumni.   And, we are delighted to say that this film can help Project Morry for years to come.  The film will be made through a non-profit entity and proceeds will go to help support Project Morry.

This journey will also present a parallel story of several young people who attended Morry’s Camp, and whose lives were enriched and changed forever because of Morry’s vision and because of their time and experience at Morry’s Camp.

Camp Echo Lake alumnus Mark Katz (Echo Lake 1969-1982), a 30-year veteran of the motion picture industry, along with partners Kim Woodard and Greg Henry are producing this feature film. Another former Echo Laker from the 1970s, Harrison Dossick, now an entertainment attorney in Los Angeles, is also on board and has arranged to provide legal needs on a pro bono basis.

Kim Woodard and Greg Henry are principals of the New York based television production company, Lucky 8.  Kim launched Lucky 8 after overseeing production as Executive-In-Charge at part2 pictures and before that was an executive at The National Geographic Channel.  Prior to co-founding Lucky 8, Greg was an owner at part2 pictures where he oversaw more than 100 hours of programming for National Geographic Channel, PBS, Discovery Channel and OWN among others as well as the Sundance documentary The Redemption of General Butt Naked, Bronx Obama which premiered at True/False and An Honest Liar which premiered at Tribeca.

As so many of us know, Morry believed in the power of community and so we are turning to the Echo Lake and Project Morry communities to help get this film made.

How can you get involved?

The first thing you can do is watch the trailer we created for “The Magic of Morry.”

Then, let us know what you think and please share your favorite memories of Morry, and if you have pictures or video, by all means share those as well.

To find out more about the project, please do not hesitate to contact Mark Katz at mekatz@hotmail.com. 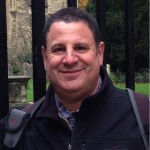 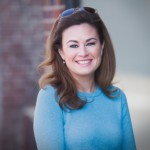 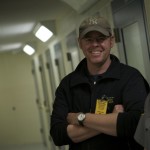 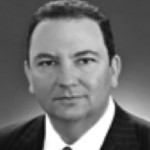 Share This: Posted in Alumni News, News and Announcements