Around the Campfire with Laurie

Would you call Henry Ford, Walt Disney, Oprah, or Dr Seuss, failures? What would you say if you knew that they all technically “failed” early on in their career? While Henry Ford is known for his innovative assembly line and America 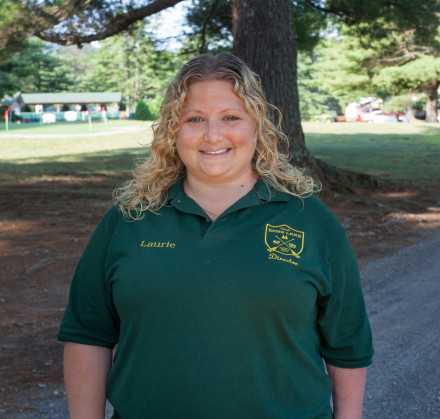 n-made cars, his early businesses failed and left him broke five times before he founded the successful Ford Motor Company. Walt Disney rakes in billions from merchandise, movies and theme parks around the world, but he was fired by a newspaper editor because, “he lacked imagination and had no good ideas” and had multiple businesses that ended in bankruptcy. Oprah Winfrey is one of the most iconic faces on TV as well as one of the richest and most successful women in the world. Oprah however, endured an abusive childhood and numerous career setbacks including being fired from her job as a television reporter because she was “unfit for tv.” Finally, Dr Seuss. Theodor Seuss Giesel, today has hundreds of books that nearly every child has read at least one, yet 27 different book publishers rejected Dr. Seuss’s first attempts to publish a book.

Were these early events in the lives of Ford, Disney, Oprah, and Seuss, failures or learning opportunities? Set backs or inspiration? Reasons to give up or rally cries to try harder or in a different way? I would venture that Ford, Disney, Oprah, and Seusss’ successes were because each of them experienced perceived “failure” and not only learned from it, but kept going.

Think about this past summer. It’s easy to remember the successes, accomplishments, and fun, and that’s great. I would say that that is only part of the story. If you stood up on water skis this summer, was there a time that you couldn’t get up on the skis or even didn’t pass your deep water swim test? If you performed a dance or song on stage this summer, was there a time when you forgot a dance step, sounded off key, or were too nervous to even get on stage? If you scored a goal in a World Cup soccer game or soccer intercamp, was there a time when you didn’t know how to control the ball or weren’t skilled enough to make a team? Having just spent 7 awesome weeks away from home at camp, was there a time when the summer started, or before you got to camp, or while you were adjusting to being away from home, when you felt like you could never be at camp for seven weeks? My point is that if all of us started off successful at everything we tried – which is totally unrealistic anyway – how would we learn how to keep trying, how to try a different approach, how to think about the problem in a different way, or the important lesson that you can “fail” at something and be ok?! That is the crucial lesson of grit and resilience, that when you are disappointed, unsuccessful, struggle or even fail, you will be ok and you can keep trying. That is truly the recipe for success.

I urge you, when you look back at Summer 2015, if you truly want to get the most out of your camp experience and be your best self all year round, remind yourself to look at the places you struggled or failed before you found success or accomplished something. Think about the things you did to keep trying or make yourself feel better. Think about the people that supported you and the ways you believed in yourself. Think about what you learned from not being successful at first that taught you how to be successful later on. Most importantly, think about what made you keep going, put one foot in front of the other, try harder, and never give up. THAT is your own personal grit and resilience and that, not talent or luck or predisposition, is what ultimately makes you successful, your ability to “fail” and keep going.

As the summer turns the autumn leaves gorgeous colors and the chill in the air signals that winter is not too far away, I wish you failures that give you reason to learn, grow, and try harder so that you can eventually succeed in the short term, at that task, and, in the long term, as a person. Happy and healthy failing, it’s the key to success.

Share This: Posted in Around the Campfire with Laurie