Our Big Backyard With Glenn & Terry: The Cure for Cabin Fever

Ever wonder how to cure Cabin Fever? Find out below by reading this month’s “Our Big Backyard” article with Glenn and Terry Begly… 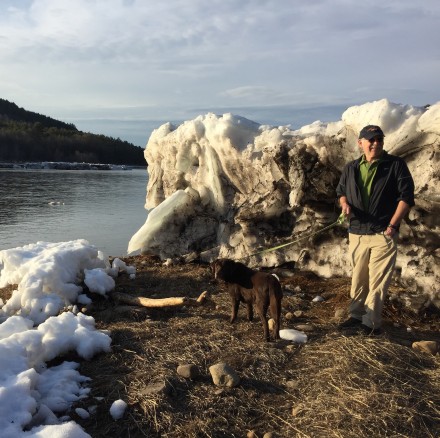 You probably don’t know it, but every year every single person who lives in the Adirondacks gets a fever – Cabin Fever, to be more specific.  Cabin Fever usually breaks out around the late stages of February, after three months of ice, snow, short winter days and long winter nights.  In Warrensburg, you know you have Cabin Fever when you start binge watching re-runs of Hawaii Five-0, or any T.V. show, no matter how poorly acted or idiotic in plot, set in someplace so sunny and warm that most of the characters wear short sleeved shirts to work.  Cabin Fever can be intensified by a deceitful thaw which is just as quickly transformed into a foot of snow that squelches any thought of Spring. And, sadly, it can get worse!!  For us the reminders of warm summer days we see in the excited faces of the many campers and staff who join us for Winter Weekend are replaced by harsh realities.  Try as we might, Cabin Fever is hard to shake.  A nice morning jog?  Not so much fun when its 15 below, not even counting the wind chill!  Maybe walk to the Hudson?  Well, that seems like a possibility until you stand next to a monstrous seven-foot block of ice left over from the breakup of the ice jam!  Boating on the lake?  The ice has to melt before you can even consider it!  A hike in the High Peaks?  Not unless you want to slog through ankle deep mud for half the hike, then strap on crampons for the rest of it! Fishing?  You must be kidding!  The fish get Cabin Fever, too, and sulk under logs and rocks until they are sure they won’t get hit by a piece of ice flying down a flooded stream.  So, it’s hopeless, right?  Well, not exactly.  We have come up with our own home remedy that gets us through most of March.  We relive last summer’s excitement and fun by watching videos on the camp website.  We let your laughter and smiles warm us up as much as possible.  Then we jump in our car, drive to Martha’s, buy a large ice cream cone, get back in the car and turn up the heat.  We take our time and enjoy the cone while we close our eyes and pretend it’s July!  And soon it will be! 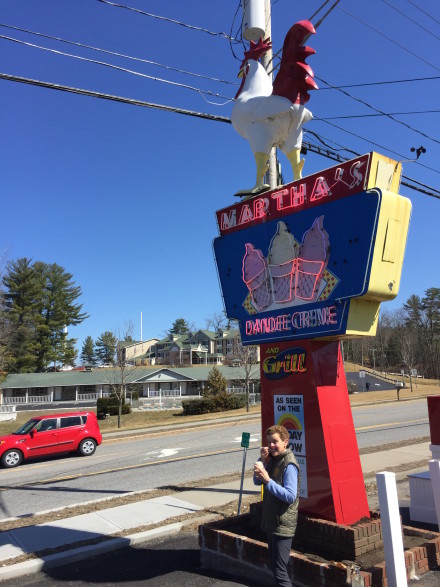 Share This: Posted in Our Big Back Yard With Glenn & Terry