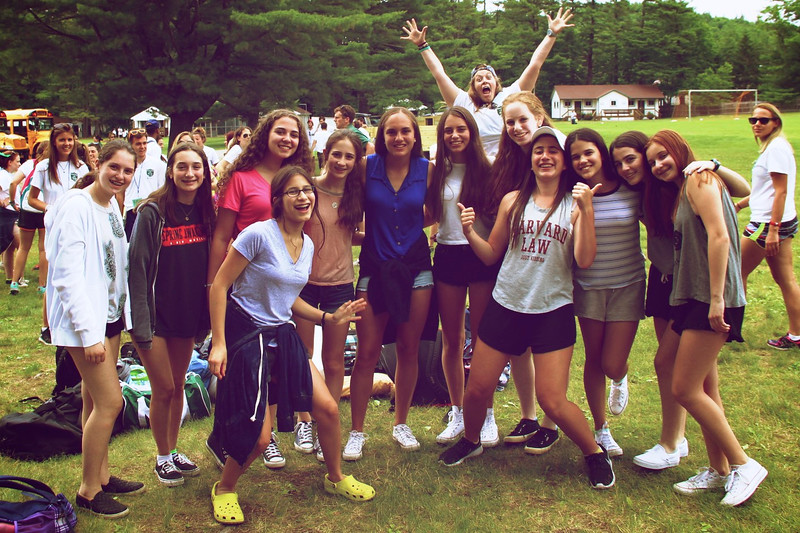 Alawatchakeema must have been watching over Warrensburg for the start of the summer of 2015, allowing all of the campers to arrive safely before the rain arrived.  You could feel the excitement in the air as each bus arrived, the staff all lined up and cheering loudly, and smiles from ear to ear as each camper stepped off of the bus.  You could tell…they were “home.”

There were plenty of hugs to go around, from the welcoming of new campers to the reuniting of returning campers.  Not to be outdone by the loud cheers of the female staff greeting their campers, the male staff dialed it up a notch, delivering a pumped up version of “Seven Nation Army,” (a song by the White Stripes that has become a staple chant at stadium and arena events).

Girls are naturally very affectionate, so seeing them all embracing and walking with their arms wrapped around each other was something to be expected.  Perhaps one of the most telling moments about how tight the Echo Lake community is came when a group of older boys saw each other.  In a display of pure joy, the boys embraced, gave an excited scream and ended up bringing each other (safely) to the ground.

Throughout the camp, the campers all settled in, got unpacked and then bonded over activities.  Even after a long day, there was still a ton of energy from the campers at evening lineup, clearly excited to begin their 51-day journey.

On a rainy night, the Longevity Awards was moved from the Amphitheater to the Field House, but the rain did nothing to dampen the enthusiasm of the first all-camp event of the summer.  Thunderous cheers and chants echoed throughout the building, reaching a fever pitch that is similar to that of a frenzied crowd at a sporting event.

The evening culminated in the entire camp singing the camp songs, swaying in unison, arms wrapped around each other…from first-year campers and staff members to those who have been here for several decades and everyone in between.  What an incredible way to begin the summer of 2015!