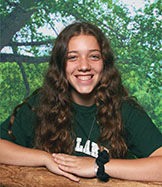 Back in the summer of 2008, I was a Lower Junior, unaware of the camp journey ahead of me. From the beginning, I had a love for the CEL camp spirit, especially Tribal. Being placed on the Iroquois Tribal Team fed into my competitive nature. Eight years later, as an LIT, I was once again placed on the Iroquois team which was a dream come true for me. Camp has had such an impact on me that I know I will forever bleed green.

The most meaningful camp experience for me was my 4n4 summer in its entirety. To understand why it was so influential I must rewind two summers. During Lower Village Summer, there was a clear divide between the East and West groups. However, before camp the following summer, we were informed that the girls would become one group. With this news came feelings of frustration. Little did we know that combining groups would be the best thing for us. During our Upper Village summer, our counselors had trouble determining which girls were from which original group. Within a week of the summer of 2013, a bond between each of us had formed that could not be broken.  We all became so close that we were thrilled when we heard that we would be going on one 4n4 trip with 50 campers and 12 staff the following summer.

The 4n4 program was a truly moving experience. Exploring the West Coast with 49 of your best friends is something that most people could only dream of. For the 50 of us, this dream became reality in the summer of 2014. For 28 days, we hiked in national parks, fell asleep on each other during 6-hour van rides, ate delicious food, camped out under the stars, traversed between mountains, cheered on the A’s, shopped in amazing cities, and most importantly became 50 brothers and sisters. I don’t think there will ever be a time in my life when I am ever consistently that happy. With each new day came a new adventure and a new level of excitement and thrill. Thanks to the randomized rooms and van rides, I had the opportunity to speak to each person on my trip individually and really get to know him or her to the point that I could comfortably sit next to every person in the van and talk to them for hours. From 4n4, I learned the importance of friendship.  To this day, I still turn to my camp friends for advice because I know that they will always be there for me. Now, reflecting on my 4n4 summer, I am so thankful for the experiences that I was lucky enough to be a part of. It has been more than two years since we left California, and I still get choked up when I hear the song Riptide by Vance Joy, the anthem of our trip, on the radio. My experiences from 4n4 will forever hold a special place in my heart.

Now reflecting on my summers at camp, I realize that what I long for is to be with my 49 brothers and sisters watching the sunrise over the Grand Canyon. The truth is, it’s my camp experience that has made me the person I am today and I would do anything to be able to spend a few more hours back at camp, even if that meant being on the Mohawk Tribal Team. 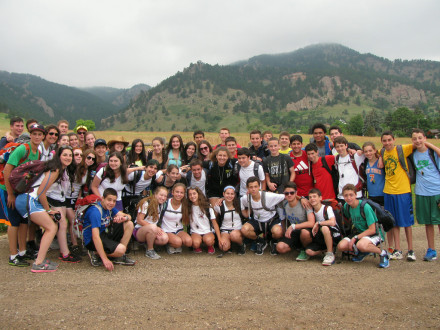 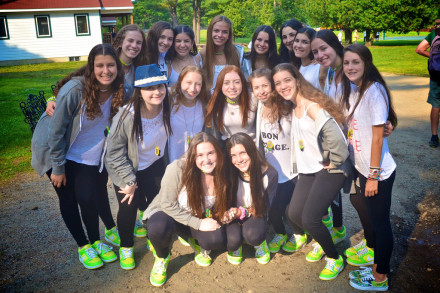