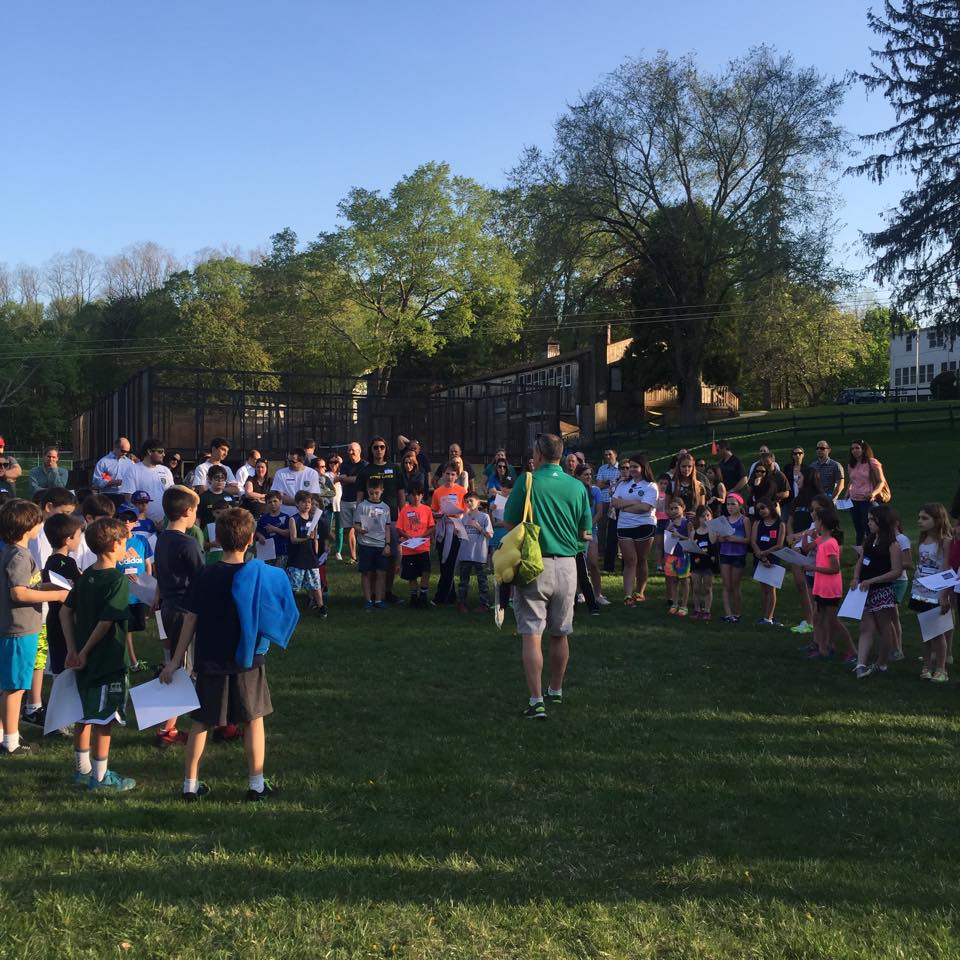 On a perfect spring day, new Echo Lake campers and their families gathered together for their first taste of camp.  As a new parent, I can relate to how other new parents feel about the journey that our children are about to embark upon.  Having been a camper myself for many years, I know that the bonding will begin on the first day of camp with other campers.  Yet, as a parent, there is still a hint of anxiety about the unknown…or at least there was before the new camper picnic.

When we arrived at the picnic, a number of campers were already participating in the planned activities.  My daughter was taken to her group, and my wife and I spent time talking to other new parents.  None of the campers that I saw arrive displayed any hesitation about leaving their parents to go and participate.

My wife and I never focused on whether our daughter was participating in the activities or bonding with the other girls.  Even though we weren’t physically at Echo Lake, you could feel the Echo Lake culture in the air, and we were confident that she was enjoying herself.

We expected the new camper picnic to provide a level of comfort for my daughter because she would not be arriving to a bunk full of total strangers on the first day of camp.  Those expectations were greatly exceeded.

After spending time engaging in the planned activities, dinner was served.  We figured that our daughter would want to eat with us and tell us about the activities, but she decided to eat with her new friends instead.  Needless to say, we were thrilled that she was already bonding with the girls that she had just met.

When everyone finished eating, Tony Stein gave the new campers their first lineup experience.  All of the campers gathered around Tony as he talked about what lineups are like each day.  With the help of song sheets, the kids all sang The Lost Tooth Song and The Birthday Song with a lot of enthusiasm.  Of course, no Camp Echo Lake lineup would be complete without giving away fuzzies to campers who were kind to others or tried hard at activities.  From the looks of things, every new camper earned the first fuzzy that they were given.

Even though it was a school night, and we had a long ride back, my daughter didn’t want to leave until everyone else left because she was having so much fun.  She has already heard from one of her new friends, and is counting down the days until the summer begins.  Who can blame her?

Since we are going to be incorporating camper content on The Trail beginning this summer, I decided to interview my daughter about the new camper picnic as a preview of things to come….

What were you expecting from the new camper picnic?

I was expecting it to be fun, and I thought that it would be exciting to meet new people and spend time with them.

What activities did you do at the picnic?

We played soccer, the name game and human bingo.  We did activities where we had to spin on a bat and walk in giant feet.  It was so much fun!

What is the name game?

You don’t know what the name game is?! There was one soccer ball, and we all kicked it around to each other.  When the ball came to you, you had to say your name and your favorite food.  It was a fun way to get to know each other.

How did you feel going off with a group of girls that you didn’t know?

I felt a tiny bit nervous, but I was still excited that I was getting to meet them.  One of the ways to get a fuzzy at camp is to be kind.  I knew that everyone was going to be kind, so it wouldn’t be a problem.

They were fun and it was fun to get to know them.  We played together, and they were all nice.

Now that you met some of the girls, how do you feel about starting camp?

I was already excited, but I think that I’ll have a better time because I met them and they’re nice, and I know what they’re like.

Do you feel more ready to go to camp because of the picnic?

Well, I was already ready to go to camp, but seeing all of the new people and making friends also made me ready.  Also, the LITs were really nice.

What are you looking forward to most about camp?

Getting to have a 7-week sleepover, spending time with people, getting to know them and doing a lot of stuff together.